Like many organizations, New Editions has shifted to an Agile development methodology over the past few years. The business reasons are plentiful: quicker delivery and shorter release time for systems; greater collaboration and input among development team members and product owners; and earlier and more frequent review and feedback from clients and end users. 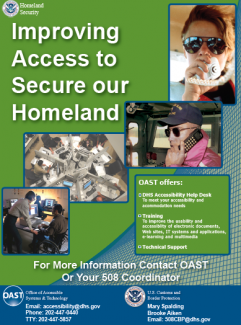 This poster is designed to highlight the services of OAST and DHS' section 508 coordinators. 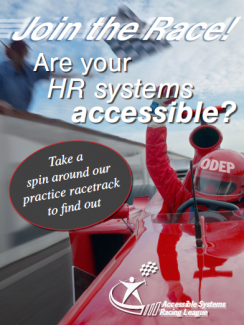 This poster is designed to promote the Office of Disability Employment Policy's (ODEP) Accessible Systems Racing League (ASRL) - created to assist federal contractors with ensuring their career sites are accessible to people with disabilities. 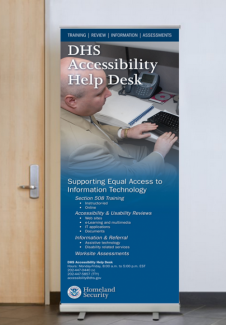 This is one of the several banners designed for OAST to promote the DHS Accessibility Help Desk at conferences, meetings, and other events. This banner features a DHS employee who is blind using assistive technology (AT) and highlights the help desk's services. 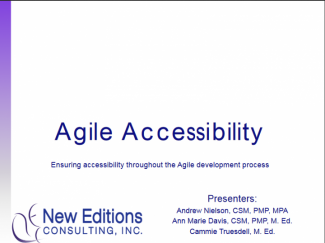 During the first week of August, I attended a conference hosted by Aniridia Foundation International (AFI). Aniridia means “lack of the iris,” which is the colored ring around the pupil of the eye. Advances in research and development have shown that the impact of aniridia extends beyond the eye and can affect the development and maintenance of the eyes, pancreas, central nervous system, olfactory system, and parts of the brain. Aniridia is caused by a mutation of the PAX 6 gene which is now known to control development of the eyes as well as several systems in the body. 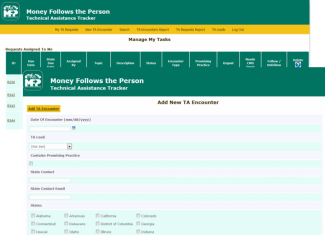 The MFP TA Tracker allows MFP-related professionals to track technical assistance requests and outcomes. It allows users to track assigned requests, reassign them to other users, add comments to requests and more. 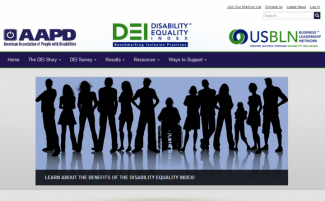 The Disability Equality Index (DEI) brings together AAPD, the nation’s largest disability rights organization, and the USBLN, the leading national business-to-business network, to collectively advance the inclusion of people with disabilities. The organizations are complimentary and bring unique strengths that make the project relevant and credible to corporate America and the disability community.